This is a wiki about the game Space Station Silicon Valley and it's worlds and characters etc. Why not try to take it forward even if it isn't a series?

This Wikia was created on October 31,2010 by GabriBanjo. 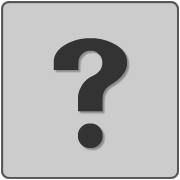 Retrieved from "https://sssv.fandom.com/wiki/Space_Station_Silicon_Valley_Wiki?oldid=4496"
Community content is available under CC-BY-SA unless otherwise noted.